Everything that we chose to order was good. I'm a pretty good cook myself (which makes it hard to dine out sometimes...when I'm paying a lot of money for something I could make better at home. A friend says that his expectations go higher, the more pricey the meal is. And I am in the same boat); and I was impressed by the quality, the flavor profiles, the service, well, just everything. Except the one caveat emptor in the following paragraph on noise level.

Bread by Cake and Bacon.

Smoked cauliflower with a light  and citrus-y bbq sauce. Our friend said it made him think of juniper berries. I'm not sure those were in it. And that reminded Irene and me of a wonderful stracotto di manzo ai junipero recipe from my friend, Giuliano Hazan that we love to make on special occasions.

Scallop and chorizo conserva with a perfectly realized aoli and that crusty Cake and Bacon bread.

Grilled fish. I had snapper. Irene had salmon.

One of the more enjoyable meals I have had this year and I was so pleased that, out of the blue, 3 friends showed up at a table next to us (and we got to sample some of their items ordered also). Including an interesting riff on scalloped potatoes with a dollop of sour cream and some caviar. Normally I would roll my eyes at the addition of caviar, as its flavor will overwhelm one's mouth and ruin the ability to taste anything else. It would be like serving a delicate grilled fish topped with micro-greens and a side of broccoli. You've just wasted money on an expensive fish that is ruined by the bitter greens and the strong broccoli flavor. When I see micro-greens accompanying a fish, I immediately think "Houston Community College culinary program". Moving one though. One of their parties ordered that spectacular $160 seafood tower. I got to sample an execellent shrimp and look forward to coming in soon just to have a shrimp cocktail with their "atomic sauce". Whoa!

Another point to make. Cocktails. The focus here is on gin and they have a spectacular gin bar.

Was it noisy? Yes. Brutally so. I kept thinking about Da Marco's, where they've put effective insulation in to keep the noise level down. So many Houston restaurants think that noisy is better and by the way let's also blast music from the sound system cause that will make people think they are having a good time. Next time, I bring ear plugs lol.

Here follow some photos pulled from around the web. It was too dark to take pictures as I had not brought my LED iPhone light with me. These are representative, however. 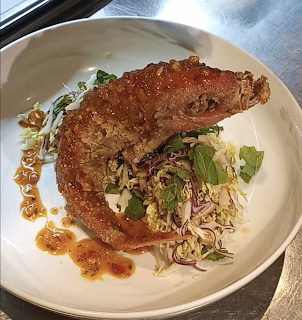 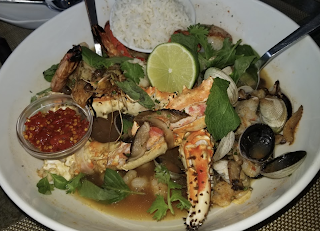 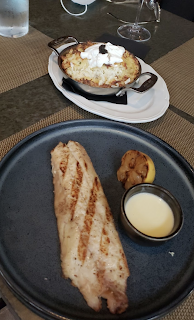 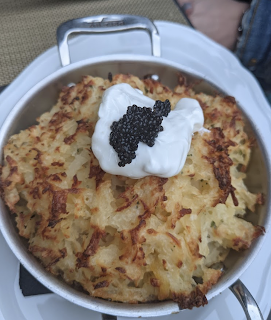 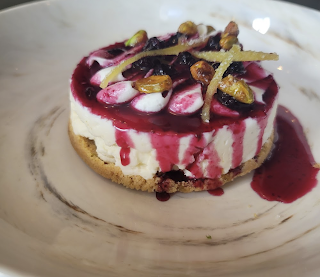 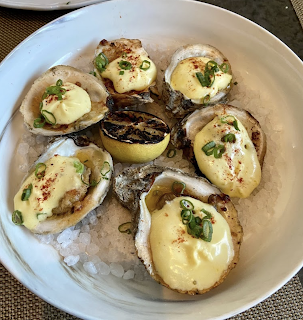 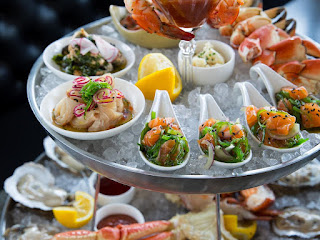 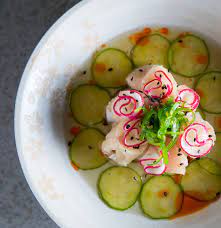 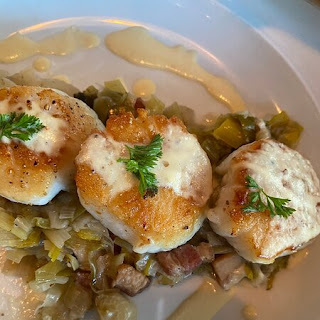 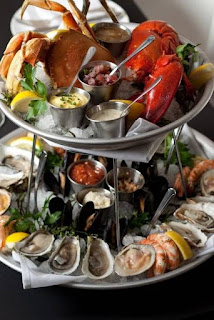