Mexican - Habanera and the Guero 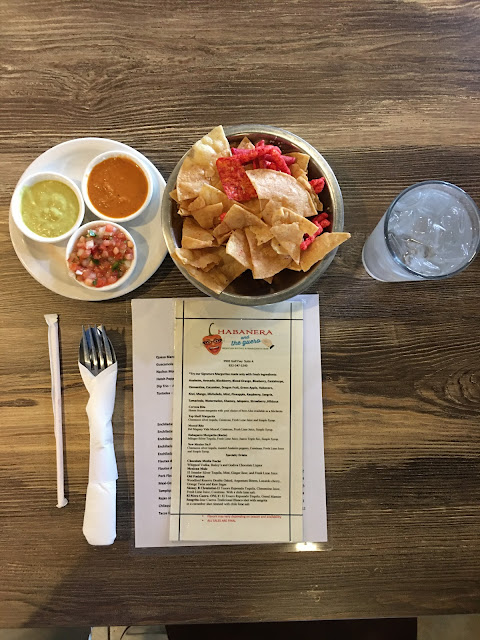 First things first, it is "ah bah neh' rah", and not "hah bah nyera". Habanera means "from Havana" (female). Which is why you are starting to see people using Latinx instead of Latino. Because the "o" indicates male, they started thinking if they put an "x" there it would also encompass females. But that's kind of getting silly cause, in Spanish whenever you go plural and its mixed female and male, the default is to just use the male "o".

Be that as it may, I had the pleasure to return to HatG after the big Food Network remodel. I love the way it looks now. They did a fantastic job in my opinion. It is open, airy, the seating arrangements are super comfy. Just a great job by the Robert Irving crew. 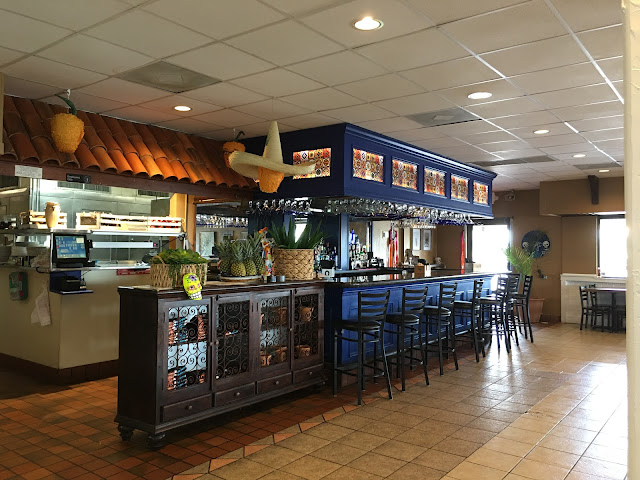 On to the food. I ordered the regular guacamole (enough for two or three as an appetizer) and it was so tasty that I finished every bit.

For my main course I went with the Tour de El Paso, which is a sampler of three El Paso style riffs on Mexican food, accompanied by rice and beans. Totally delicious and recommended. A flauta "drowned" in a delicious salsa verde was a high point. 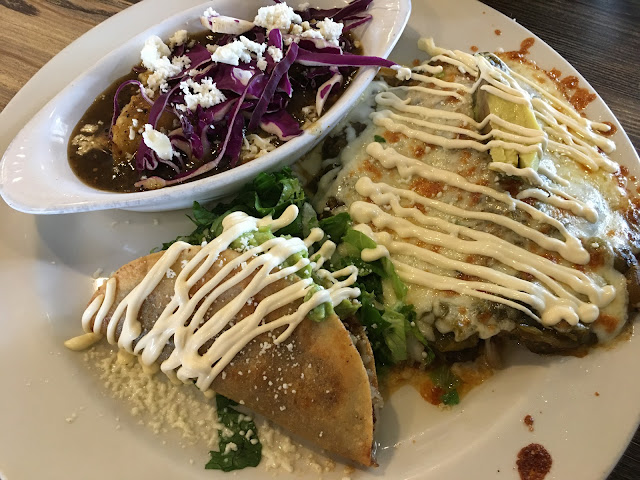 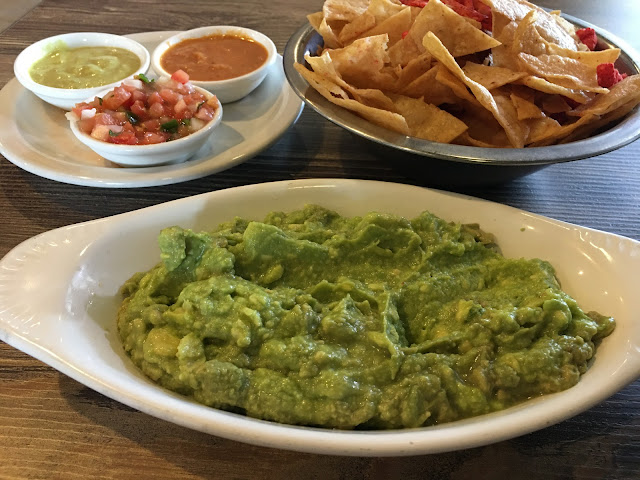 As I walked out I spied a serving of nachos at another table and just had to take a photo to show you. 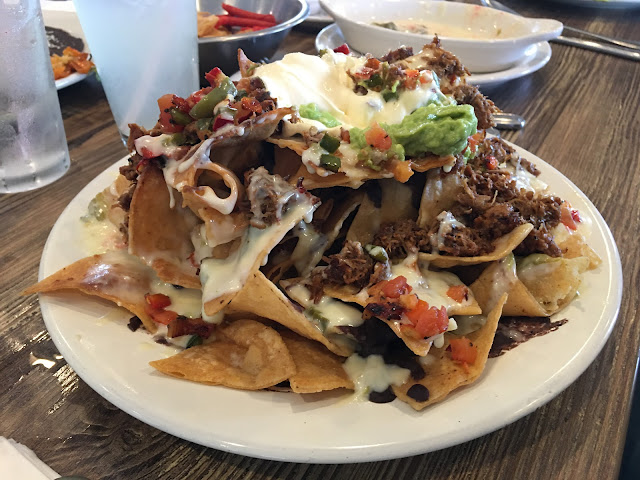 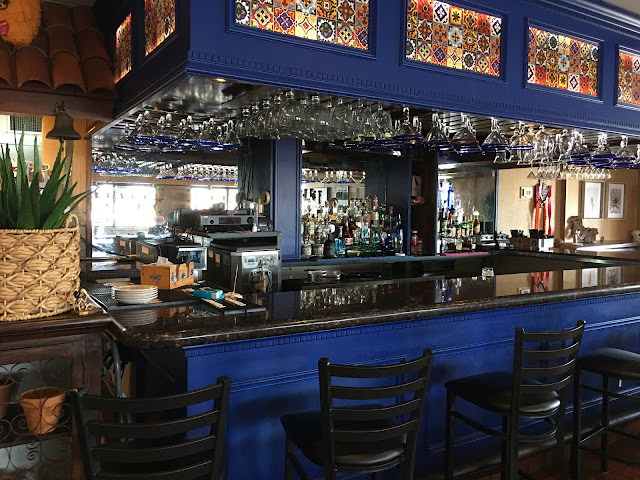 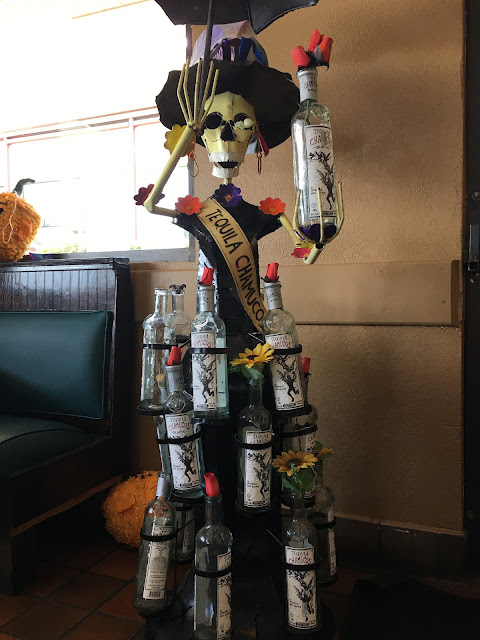