Cuban in Houston - The Cuban Flavor in Nassau Bay

Friend Andrew Bennett came across a terrific Cuban cafe in a convenience store of all places! 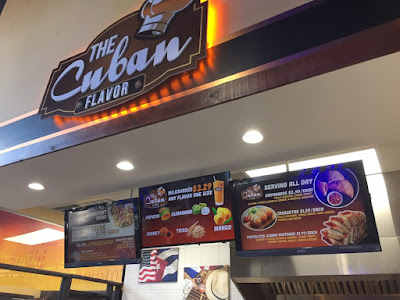 Here is Andrew's review of The Cuban Flavor in Nassau Bay at 1419 East NASA Parkway.

" The Cuban Flavor - Cuban - Nassau Bay - 4.75 Stars
Usually restaurants disguised as gas stations serve Mexican breakfast tacos, so you can get gas while you get gas.

But in Houston, exceptions range from a Mobil serving natto (soybeans as stinky as gas itself) to now, the first Cuban food in Clear Lake or environs, so I don't have to buy too much gas. Its two tables are two more than the norm and the interior approaches the cleanliness of Super H Mart's Korean food court, with better prices and a lean and mean menu ready to "fill you up" with not-so-lean protein- and carb-heavy Cuban specialties that'll last you an entire tank of gas - of course, until you come back next time.
My maternal family member/dining companion walked in at about the same time and quickly took stock of the tightly focused menu, based around Cuban sandwiches, fried delights like croquettes, sweet pastries, and a rotating daily special which happily is Ropa Vieja on Tuesdays. It fit snugly into the corner of the humble station mart next to the lottery tickets and overlooked it like a high-rise balcony, giving it as much presence as my belly was about to lay claim to after looking at every single thing behind the window and saying "Yo quiero." But my Spanish, still recovering from 15 months of confusion with French, was only capable of ordering the Ropa Vieja with Moros y Cristianos and fried plantains, and deciding that when it saw boiled yucca relaxing in a pool of oil like una mujer bonita en la playa, to not wait for a trip to El Paso to say "¿Por qué no los dos?" If it was anything like the fried yucca with mojo sauce in the sadly defunct Doris in middle-of-nowhere Carrollton, Georgia, it would be worth $3 - but en verdad, the extra side cost merely $1. When bolstered by a Cuban coffee and tamale, the entire meal set us back $15 and proved a cheaper way to get gas.
And certainly much tastier.
The fear with any steam-table establishment, as can happen in many BBQ and Southern restaurants or Chinese buffets, is that food turns to mush from hours of sitting on hot plates. Fortunately, Ropa Vieja seems invulnerable to this pitfall, remaining very juicy and in between soup and stew, its bell pepper strips melting into the sauce but retaining enough fresh vegetable crispness to cut the heaviness of the shredded flank steak that looks so unkempt its name literally means “Old Clothes.”
The black-and-white rice and beans were just dry enough to be dressed with a not-quite-Armani suit, but wet enough to be edible alone. The couple of bites of Cuban tamale I tried were filled with bigger chunks of corn and faintly perfumed with banana leaf, unlike a Mexican tamale, but are not as spicy or bold. The plantains were a perfect mixture between firm, tender, sweet and starchy, certainly beyond my flour-drenched and somewhat mushy attempts. I felt rather disappointed that the yucca came out au naturel instead of being fried into Latin America’s answer to French fries, especially with deep-fryers as prolific as Havana cigars in the White House and enough oil dripping off it that Halliburton would appropriate it, but it was well-cooked and the bland nutty-mashed-potato flavor was offset slightly by subtle hints of flavors in the oil, perhaps garlic. As far as vegetables in Cuban dishes go, you’re not going to find too many other options.
Desserts are dominated by crispy pies and tarts like the pastelitos also common in Venezuelan joints, the guava clearly most prized, and would have paired beautifully with the stupendous house-ground Cuban coffee that’s quite likely the best coffee I’ve had in any food-oriented restaurant to date – and maybe even any establishment to date. It’s like a bold and oaky Napa Cab compared to a straightforward red blend, the added cream almost like a decanter in the way it allows the roasting and coffee bean flavors to meld into it and become more distinct and milder rather than an overwhelmingly potent surge of caffeine. However, I’d had more than enough to eat for the day and decided to hit the brakes for the moment and get back to my accelerator.
You need not buy, nor get gas here.
But you will find the best Cuban food in perhaps the entire Houston area at unbelievably bargain prices.
And the server at the front understood with a steadily growing smile as I made favorable comparisons to Doris, still my gold standard for all Cuban food, that she had done something special by opening up this tiny monument to Havana Manna. 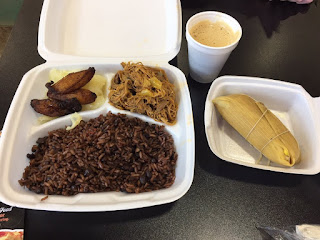 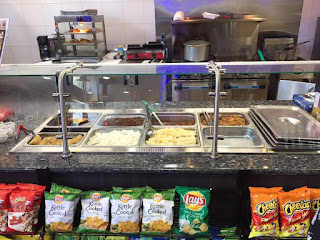 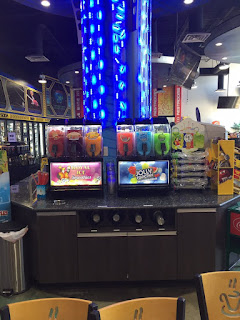 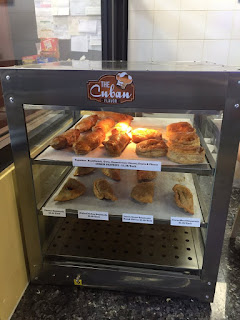 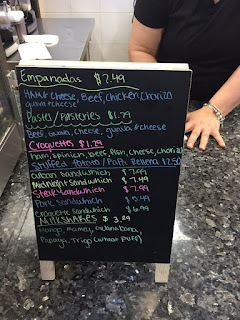 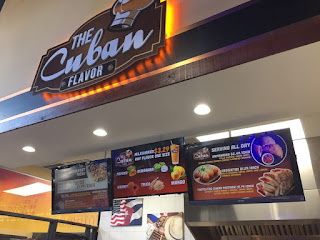