"My friend Phaedra Cook of Houston Food Finder posted a request recently for non-chain restaurants around IAH. Having grown up in the area and with a mom and brother who still live there, I had to strain to come up with a list of places. You really have to dig, but the Humble-Spring-Aldine area has some gems. " 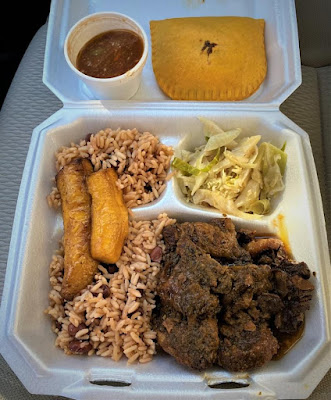 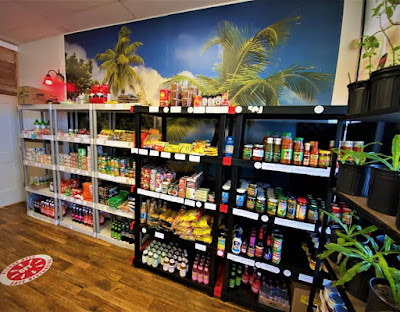 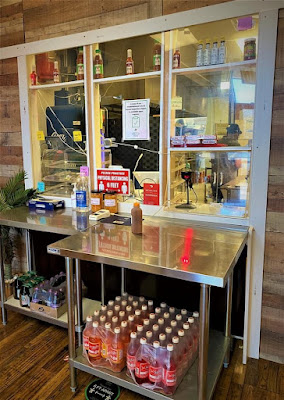 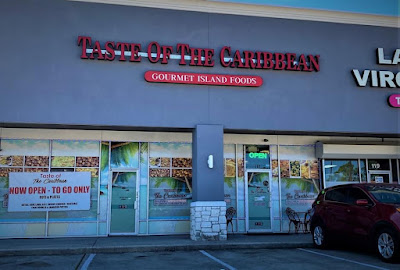 " One I love just west of I-45 is Taste of the Caribbean (13331 Kuykendahl), a combo market/store owned by a sweet Trinidadian couple. One dish from Trinidad called doubles, which in its most transcendent form (i.e. made by moms in kitchens and sold by their kids from backpacks at markets around Trinidad) is one of my favorite of all snack foods. When I'm in this area (often, because the Houston Immigration office is nearby), this is where I go when I need a doubles fix. A doubles (never called a double) consists of 2 pieces of gorgeous eggy dough called bara, which is filled with channa (curried chickpeas) flavored with a fragrant herb called chado beni, all topped with kuchela (like a mango chutney), and some pepper (word to the capsicum-wary--I always ask for "slight peppa!"). Taste of the Caribbean makes one of the better doubles in Houston."

“ I was obsessing for doubles after listing this place in my reply to Phaedra's post, but to my dismay, the kind old gentleman running the kitchen didn't have any when I went by.  So I made due with a plate of his excellent oxtails with a Jamaican-style meat pie on the side. He told me to call him an hour early next time, and he'd make sure to have my doubles ready.

This tiny place used to serve a pretty decent buffet with plenty of Trini specials, including roti, aloo pie (samosas), beene balls (sesame seed mix), dasheen pork (a riff on a Chinese dish), pholourie (fried split pea dough balls), callaloo (greens), and much more. Because of Covid, they are only doing take out now. If you're up in the far north of Harris County or with time before a flight out of IAH, a plate from Taste of the Caribbean will be light years more delicious than anything you'll find at the Airport.”