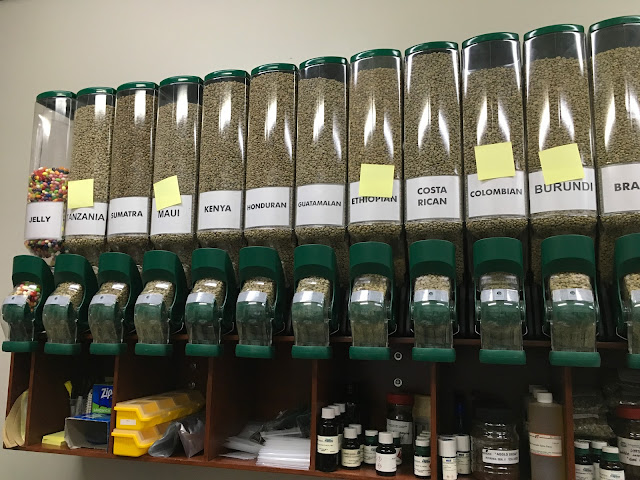 I had the pleasure to tour the coffee roasting facilities of Houston based Freshbrew Coffee. Paul Endres, their roast master and quality assurance director, and Laura Clothier, their director of marketing and sales, led my tour and told me a little bit of history, respect to Freshbrew. 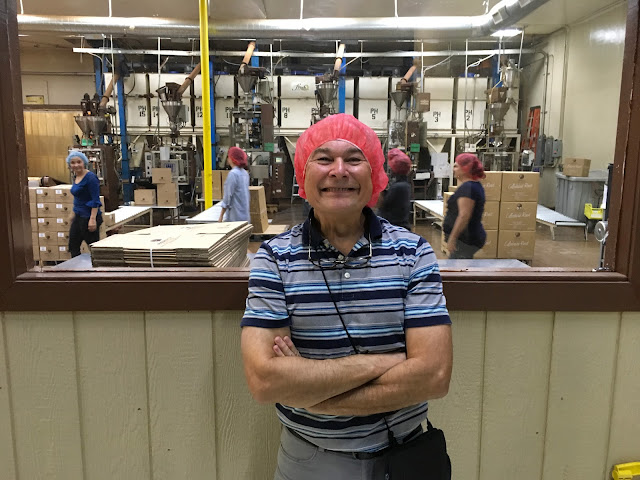 Walking through the warehouse brought to mind the final warehouse scene in Indiana Jones. 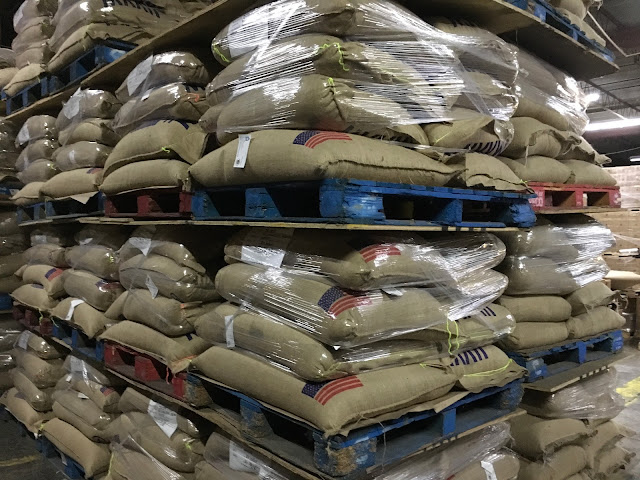 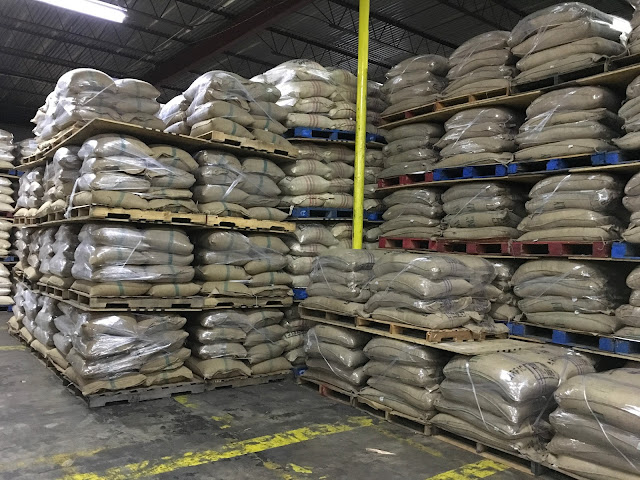 Their production facility produces 15,000 to 18,000 pounds of coffee per day done with five 500-pound Probat roasters going all day every day from about 7 to 4. They’re the old-fashioned gas roasters, not airbed.

"They’re becoming scarce so when one comes available we grab it if we can."

Laurie Clothier started with the company 12 years ago when there was just one.

"And now, we are getting into specialized small batch roasting and just purchased a 20-pound Probat roaster for handling smaller batches." 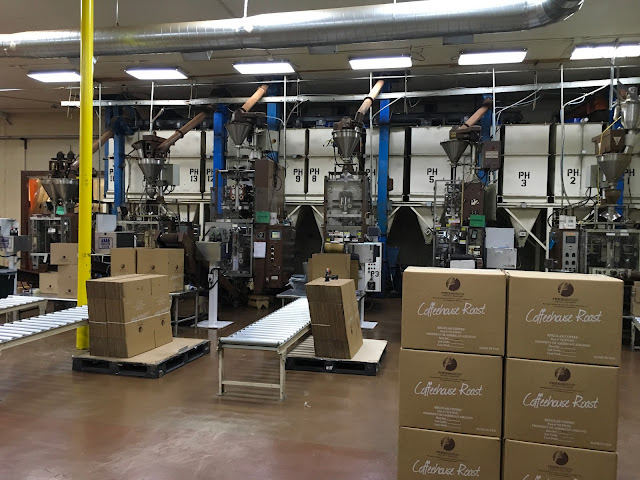 The large roasters take 500 pounds of green coffee at a time and about 370 pounds of roasted coffee comes out. 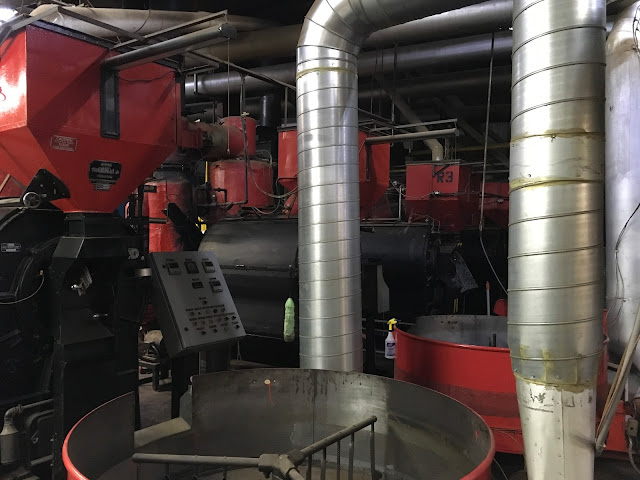 The Freshbrew Coffee Group, as it stands now started off around 30 years ago, but with roots dating back to 1919 with its predecessor company, Morning Treat Coffee, which relocated from Louisiana to Houston in 1989. It established itself as the first supplier of office coffee in the city, offering single brew machines to companies throughout the greater Houston area. It was in 2002 that the company decided to transition its focus to specialty roasting.

Freshbrew was doing the coffee for Continental Airlines downtown and was invited to bid for their airlines as well and they won.  And continued supplying Continental and then United until recently.

At present, 85% of their business is private label. So, you’ve probably had their coffee without knowing it. They work on coffee blends to meet the needs of their clients.

The coffee packs are charged with nitrogen to assure freshness.

A few years back, when the Pope was visiting the United States, American Airlines asked them if they could do a special blend for his visit. They contacted the Vatican and asked for information on the Pope’s preferences. That led to the introduction of a coffee blend that was so popular that it is the standard for American Airlines today. When you walk through the facility you will see boxes for shipment marked “Papal White” which is the name American Airlines gave the blend! 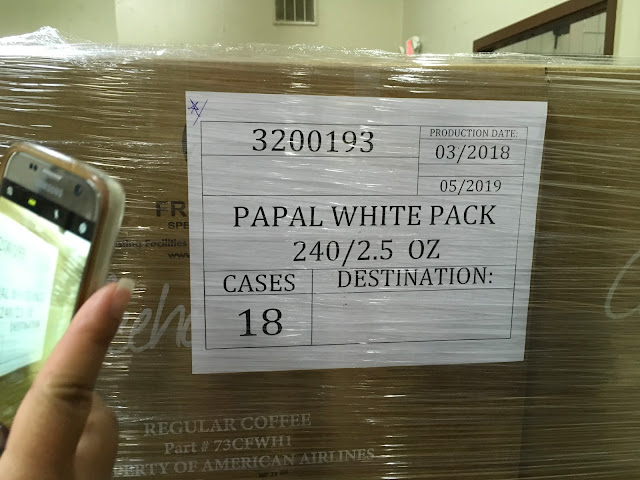 When they started doing the coffee and filter bags for the airlines, they developed the technology to correct a problem with in-flight coffee making (about ten years ago the airlines were having problems with in-flight coffee brewing. They’d put the filter bags in the coffee makers and the bags were exploding because they were too short and there wasn’t room for the coffee to expand). While not patented, Freshbrew is credited with the bag design that fixed the problem and it was shared throughout the aviation community.
at December 01, 2018