Mexican - Doña Chela's on the East Side of Houston

I recently visited my old high school on Broadway (Milby High School) to donate a collection of cookbooks to their new culinary school. Very impressive. The Pappas family had donated money in order for them to build a commercial kitchen on premises.

That side of town has changed a lot from when I was growing up there. I decided to check out Doña Chela's Mexican Restaurant on Broadway. The lunch special, "El Especial" was a great bargain at $6 plus tax and tip. Consisting of a giant tostada, a flauta, a fajita quesadilla and rice, it was an elegant sufficiency as the Brits might say.

I was blown away by the rice. Perfectly cooked. Light. Fluffy. Seasoned perfectly. Possibly the best rice I've sampled recently in Houston.

All in all a very good experience and I plan to go back. One note: although the restaurant itself is spotlessly clean, the tenants in this strip center aren't doing a great job of keeping the parking lot area clean. I would recommend to them that appearance is critical and that they and the other tenants should diligently sweep and clean in front of their locations so that it doesn't look so "bombed out".

I see that they have several locations. 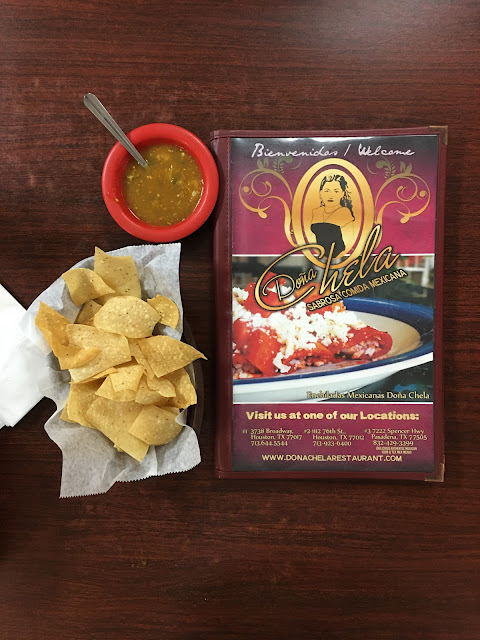 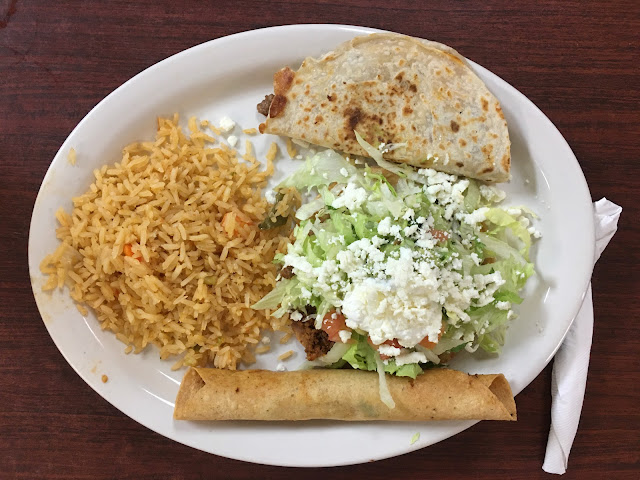