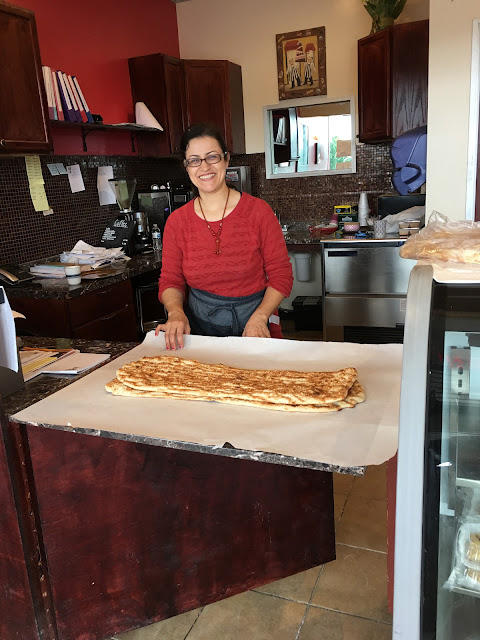 Tire tread bread, Afghan bread, Persian flat bread. Different types or styles or names for the various flat breads of Iran and Afghanistan, some of which really do look like they have tire tracks on them. A soft dough that is stretched out and fast baked. Similar to naan. Similar to pita. But richer in flavor than pita which can be very dry. Some are baked on a layer of stones and produce their own distinct pattern from the stones. 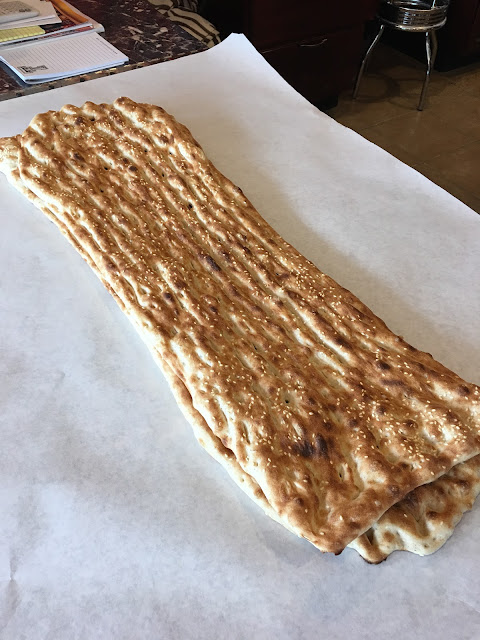 The wonderful Alvand Bakery is on Eldridge between Briarforest and Westheimer. At one time, it was called Afghanistan Bakery. It closed for a while. Now re-opened. And I swear, when the bread comes hot out of the oven and is used to scoop up the homemade yogurt that I consider to be the best in Houston, and adding a little honey...what a fantastic breakfast! 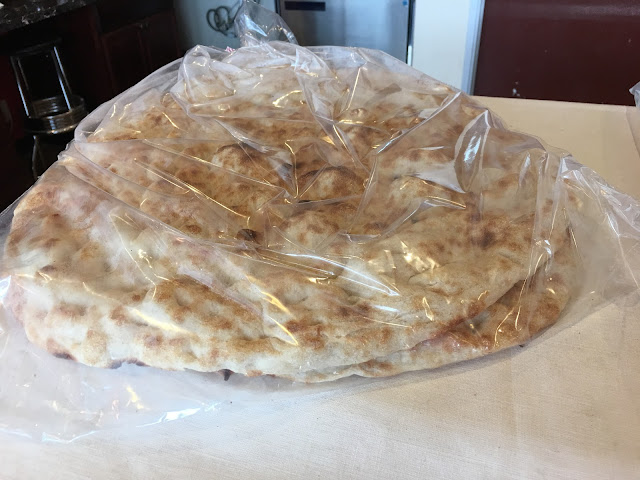 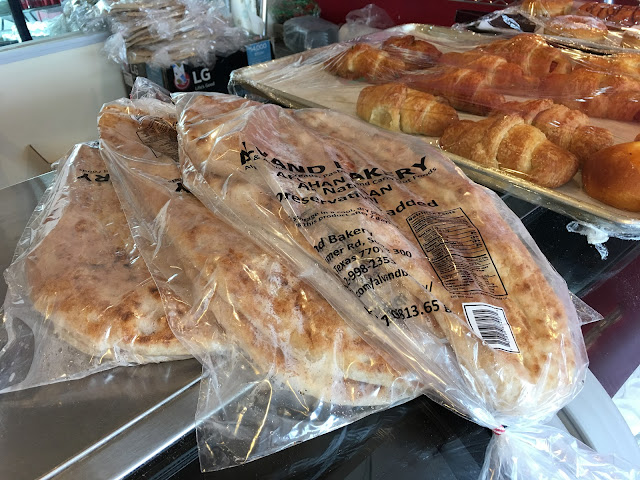 Here is the exterior of the Alvand: 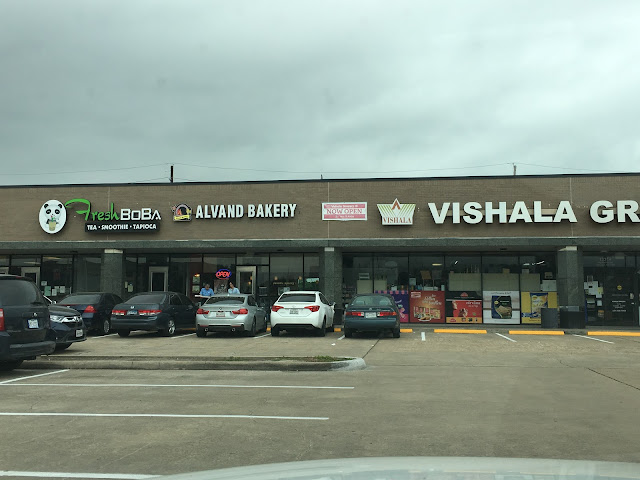