Peli Peli. In a short time, the Peli Peli organization has become one of the premiere "go to's" for its group of restaurants in Houston. I decided to write about it here because it has held a #1 spot with Trip Advisor for Houston. And it is a group of restaurants that I include, when I take out of town visitors to dine, in order to give them an idea of the width and breadth of dining in Houston.

The Galleria and Vantage Park locations are full blown restaurants and bars, the Peli Peli Kitchen, I-10 location, is more of a fast casual concept, and the downtown Peli Deli offers breakfasts and lunches for the downtown crowds. Food is great at all the locations. Ambience is great, too.

Michael Tran, Thomas Nguyen and Paul Friedman are the men behind the Peli Peli. Paul is from Johannesburg and is a self taught chef, having been featured on Cutthroat Kitchen and CNBC's Restaurant Startup His first Houston restaurant was called Mike's Kitchen. Funny and creative, that's Paul. Michael came to the U.S. as a 5 year old from Vietnam. He graduated from UT, specializing in restaurant technology. Thomas is a former attorney, UT grad and is currently the chief marketing officer of the organization. Thomas is a believer in the concept of continuous improvement, aka kaizen

What fascinates me about Peli Peli is how much is done in house. And by that I mean food and restaurant design. And how well the execution is. Example: a recent dessert added to the menu. They decided to make the nougat and the Turkish delight in house. Example: the art and graphics on the wall at Peli Peli Kitchen? Done in-house.

Peli Peli, the name, derives from the South African peri-peri chile, a thin-skinned chile similar to the Thai chile, evolved out of the original chiles brought around the world by the Portuguese (15th to 16th century). Paul brings flavors from his South African roots to the dishes being served.

The Bobotie: A South African riff on shepherd's pie.
The Espetada: A Portugues style shish kebab, meat chunks on a skewer served with an assortment of vegetables. 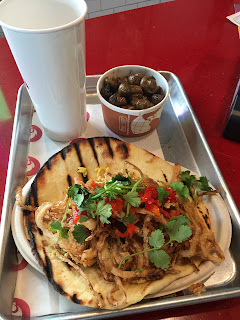 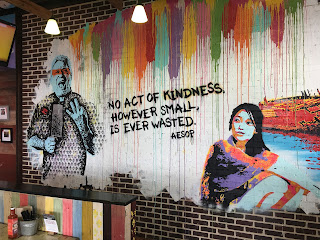 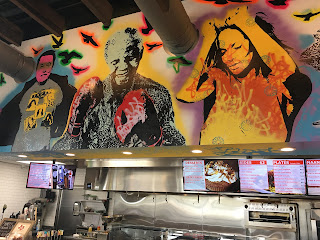 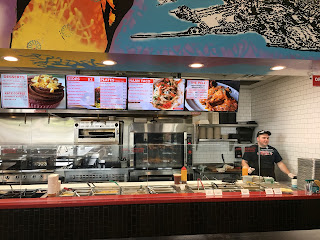 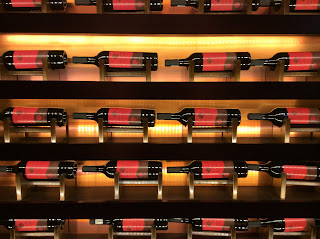 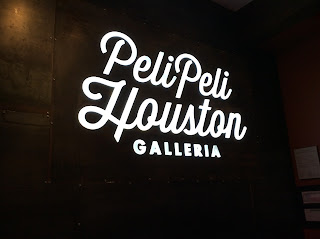 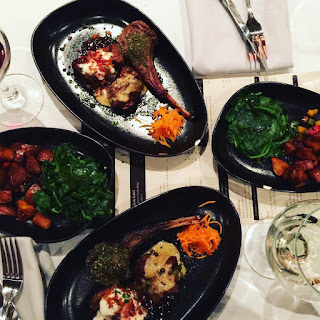 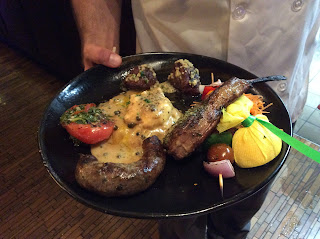 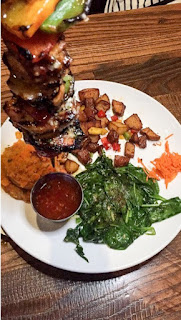 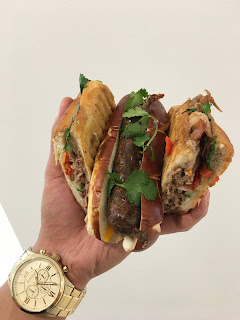 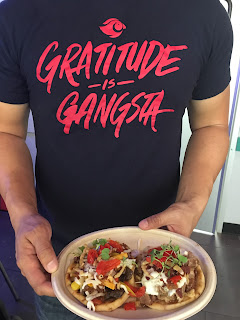 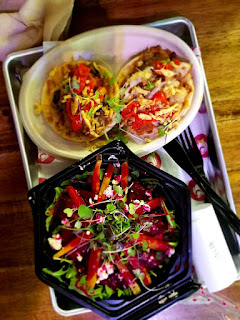 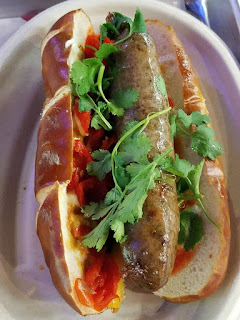 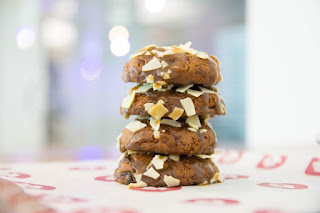 A shout-out to Stacy Tran and Thomas Nguyen! At Peli Peli Kitchen on I-10 near Campbell. I had promised Thomas some fried chicken and I tried out a new recipe for a spicy North Carolina style and we tried it out together. 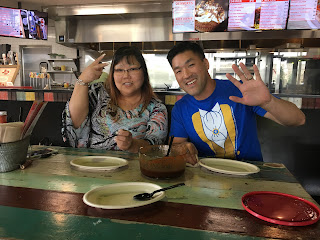 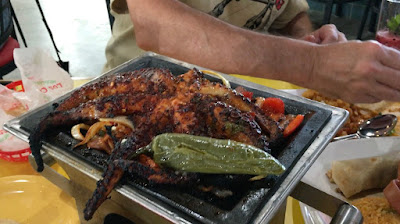