Ice Cream - The Fabulous Tarasco's Paleteria and Neveria on Westheimer 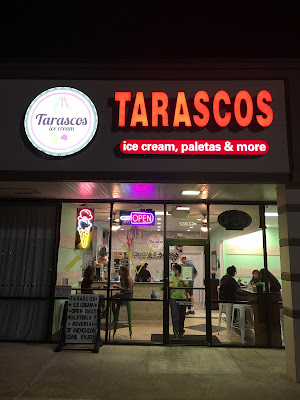 But first a little bit of history about the Mexican ice cream tradition.

The story of Mexican neverias and paleterias (ice cream and fruitsicles) cannot be told without a little bit on La Michoacana, the 800 lb. gorilla of ice cream shops throughout Mexico.
Tocumbo, Michoacan. In the 1940s, cousins Agustín Andrade and Ignacio Alcázar left behind their farming in Michoacan, moved to Mexico City, and began opening paleterías there.  With their success, they began financing the paleterías of others from their family and then from their town. These other entrepreneurs also financed relatives. Over time, La Michoacanas spread througout Mexico. One of the best I ever was in, was in Taxco. There are an estimated 15,000 La Michoacana paleterías in Mexico.
Now these day, since La Michoacana is not a corporation or a franchise but a very loose network of independent businesses pretty much anyone can open a shop and call themselves La Michoacana.
Tarasco's comes out of this tradition of neverias and paleterias as they exist in Mexico.  Tarasco or Tarasca refers to someone from Michoacan, and can refer to those of Purepechá indigenous origins, or more generally, anyone from Michoacan.
The fabulous Tarasco's offers up a selection of paletas and ice creams of recognizable flavors, exotic ones that one might find anywhere in Mexico, and/or house creations and riffs on traditional flavors.
This place is a treasure and one that I hope you will visit soon and frequent regularly. 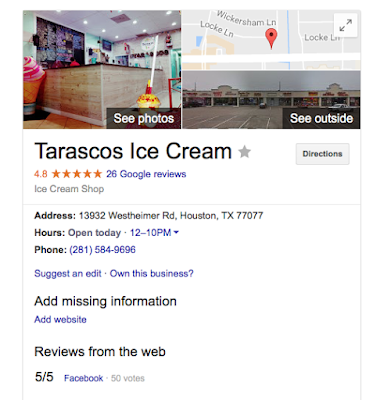 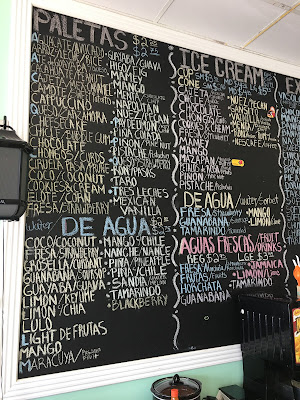 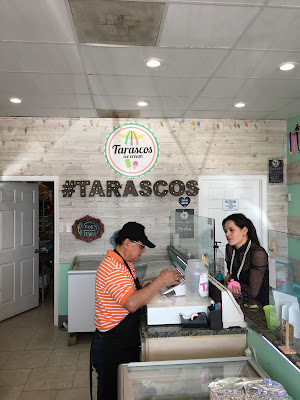 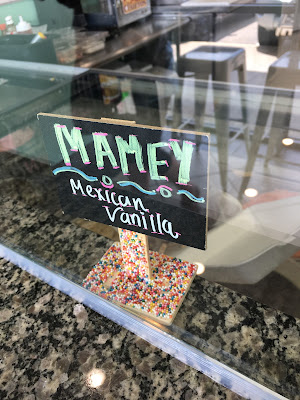 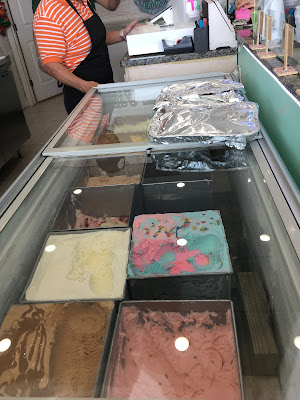 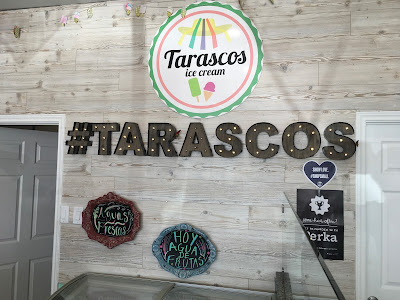 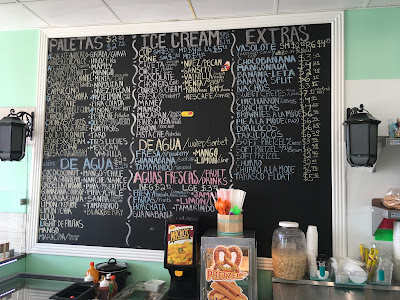 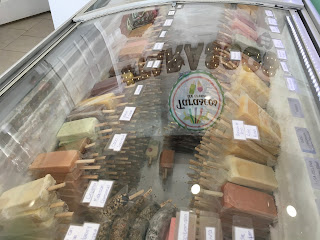