Katy, Texas. A town name coming out of the M-K-T Railroad back in the day. I first discovered the Midway Market a decade or so ago. At that time, I remarked that it was probably the closest place where one could buy the smoked sausages of the German-Czech communities of central Texas. And Midway has always used pecan wood for its barbecue, a wood that is one of my favorites as it was the barbecue flavor I was used to from my own central Texas German roots (Shiner, Texas).

The first time I happened to walk into the office at Midway, my jaw dropped, as the owner was a big game hunter and the walls were covered with trophies.

In the past few years, he has expanded and now has a separate barbecue place about a block down from the original Midway. Also decorated with hunting trophies. And a fake, but very real looking Mastodon head! 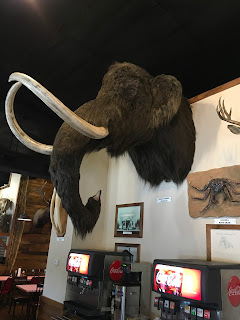 So I was surprised today to see that the office pretty much looks as I remember it. I had a nice chat with the owner and picked up some lean ground beef and smoked sausage for our fridge back in Houston. 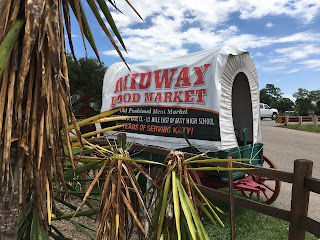 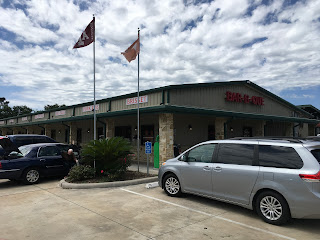 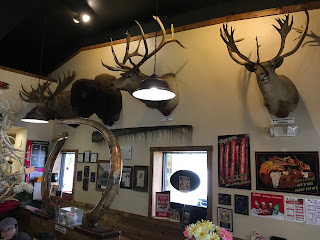 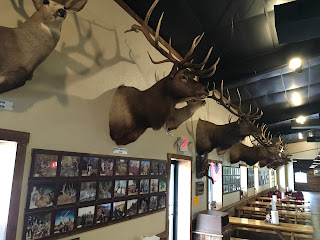 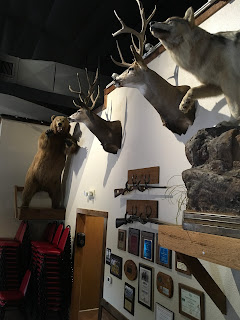 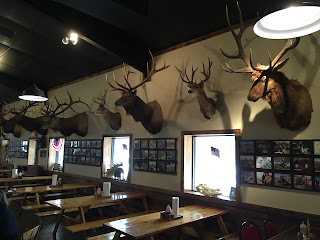 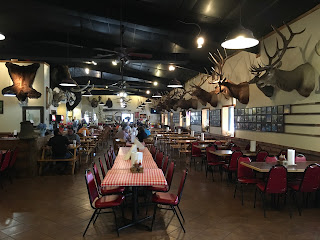 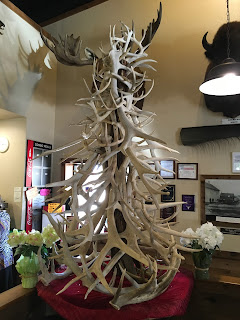 Deer processing in the back, meat market in the front, and yep, the pecan wood smokers are still on the side, facing the smaller 'cue and burgers operation at the original location. 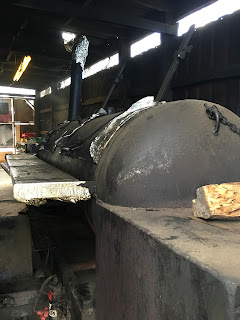 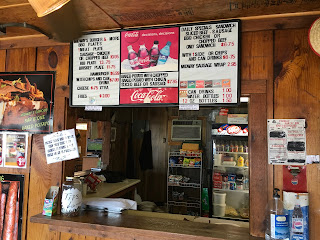 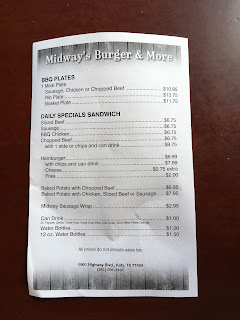 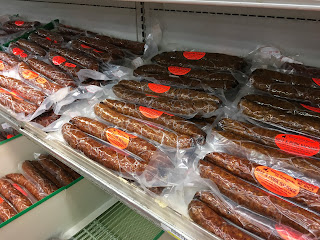 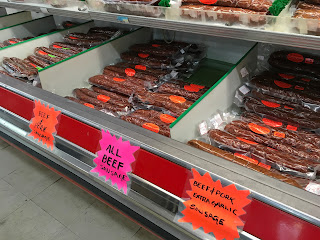 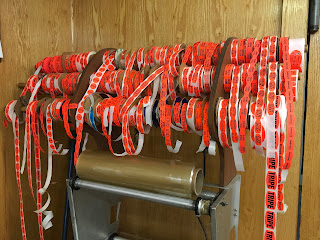 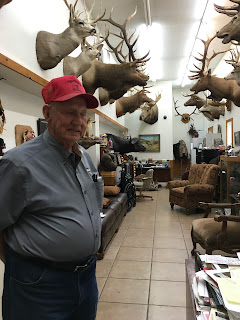 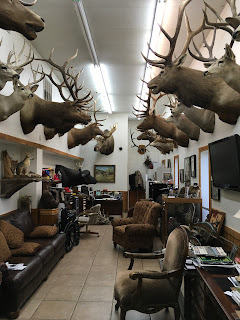 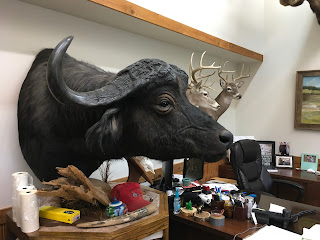 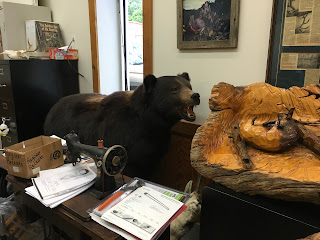 The first time that I visited the Midway Meat Market and caught a glimpse of the business office there, my jaw dropped. There's a cape buffalo head, walrus tusks and a set of fossilized mammoth tusks that a gold mining friend of the owner found in Alaska.

I'm pleased to say that the pit smoked barbecue brisket that Midway turns out is spectacular.

Email ThisBlogThis!Share to TwitterShare to FacebookShare to Pinterest
Labels: Barbecue 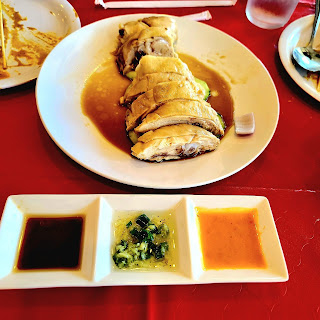