I like to look for recipes of dishes that may have disappeared over time. Specifically, early Tex-Mex recipes. Every once in a while, when going through old cookbooks, I come across an interesting recipe from a past era. For example, I was very interested in figuring out what “fritoque” was (it showed up on the menu of The Original Mexican Restaurant in San Antonio). Research led me to conclude that it was a kind of lasagna or Frito pie, with crispy corn tortillas or Fritos style corn chips.

Recently, in a resale shop, I came across a cookbook from the fifties that had the following recipe from Janet Christensen of The Boston Herald Traveler:

Brown the beef and onion lightly in a skillet. Pour off the fat. Stir in the tomato sauce, olives, water, chili powder, ½ tsp. salt, and cinnamon; bring to a boil.

Beat the egg yolks with the same beater until thick and lemon colored. Blend in the remaining salt and flour. Fold in the cheese.

Fold in the egg whites lightly.

Cover the bottoms of 4 individual baking dishes with corn chips; spoon on beef mixture. Pile egg mixture on the meat; sprinkle with paprika.

Bake at 350 F for 20 minutes or until the topping is puffed and golden. 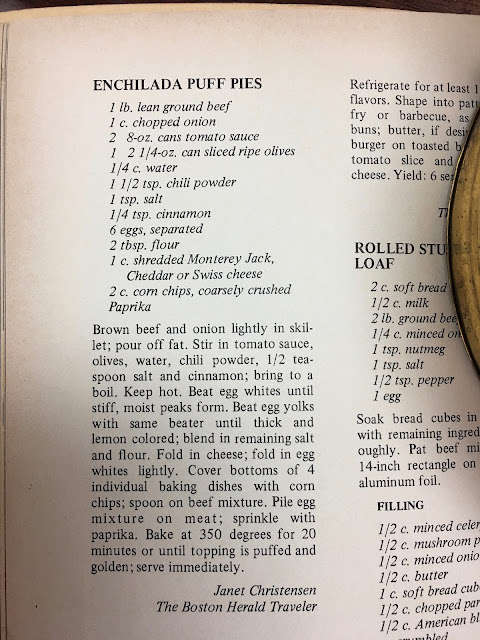 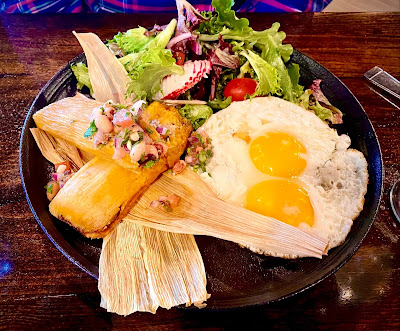