I will be developing this blog post over the next few weeks. For now, here is an introduction to Korean grocery store shopping by Maangchi:

And, a link to her web page:

I used to go to a wonderful grocery store on Gessner right by I-10. I think that it was called International Groceries. Inside the store were 3 or 4 families who had set up a kind of food court and each had their own specialties that people would go for. At that time, I was very naive about Korean cookery. There were Korean restaurants along Long Point. Most of us went for the grill at your table option and we were being introduced to the pickled vegetables that accompany any Korean meal. It was at the International that I started sampling other Korean cuisine.

When Super H-Mart came to town, International closed up. That shopping complex was torn down and now, I believe, has office buildings or townhouses, can't remember.

And so, the default "Mecca" for things Korean is the wonderful H-Mart just a piece north of I-10 on Blalock, Mason Road (my favorite...it's the newest) and also on Bellaire Blvd. just before Beltway 8. 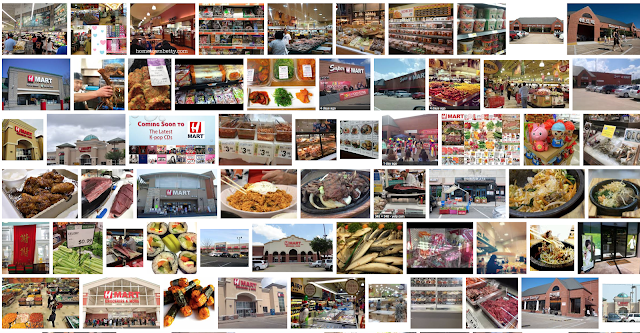 Email ThisBlogThis!Share to TwitterShare to FacebookShare to Pinterest
Labels: Korean