Bread - Cemitas! - An OMG Moment for Jay on Fulton Street

I've been known to say "If one waits long enough, every type of cuisine will show up in Houston".

I was driving down Fulton en route to the new Casa Vieja Mexican Grille that has opened in the old Doneraki location to have a combo plate consisting of enchilada, tamal, chile con queso, taco, rice and beans. Casa Vieja is circa 1960's Tex-Mex. It brought back memories of dozens of little mom and pop places I've been to in south Texas and also the combo places of my college years in Austin. We're talking cumin, Tex-Mex chili gravy, soupy frijoles and a beefy enchilada with melty yellow cheese. If anyone ever asks where to find classic Tex-Mex in Houston, you should absolutely recommend Casa Vieja to them.

On my way I spied a little place tucked into a strip center just before Quitman. Houston Bakery and Cafe. After my meal, I drove over to check it out. The first flag that this might be something special was in the sign in the window: Pollo en Mole and Enmoladas.

It's very rare that one sees the dish called an enmolada up here in Texas. Typically we would see featured "enchilada with mole sauce" on a menu. But just as 'enchilada' implies 'tortilla enchilada', 'enmolada' is a 'tortilla enmolada'. They confirmed that all their moles are house made.

I was full from my Casa Vieja lunch and I set aside a future trip to dine here.

I walked over to the bakery area and spied some hamburger style buns with a little sprinkling of sesame seeds on top. In my car, I took a bite and started smiling to myself. It had an extremely soft interior and was very yeasty. But there was also a hint of anise. Immediately I thought of the pan de yema that one has with one's hot chocolate in Oaxaca and also, more importantly, the cemita of Puebla, a bread that I had not been able to find here in Houston. Until now. Technically, the cemita Poblana would be a little bit higher in height. Flavorwise, the Houston Bakery bun is about as close as one can get.

I tell you in all sincerity, if you are planning to make any burgers or sandwiches that you have got to go to the Houston Bakery & Cafe to grab some of these. They had just come out of the oven when I was there, around 1:00 so use that as your timing guideline.  It's one of the best sandwich style buns you will find in Houston.

Here follows a photo of the cemita. Well, half of one because after that first bite I couldn't stop. 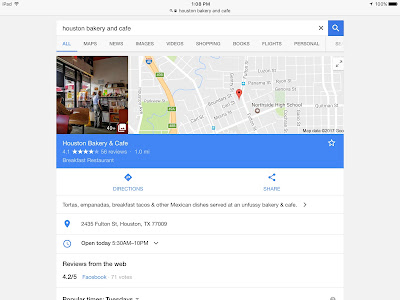 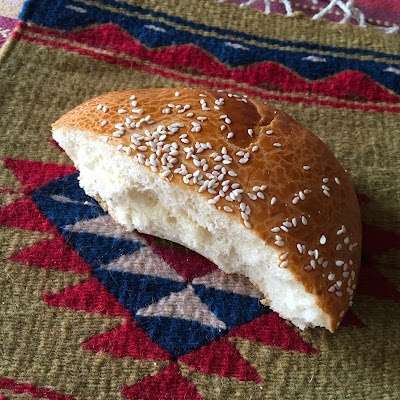 And here follows a couple of photos from Casa Vieja Mexican Grille: 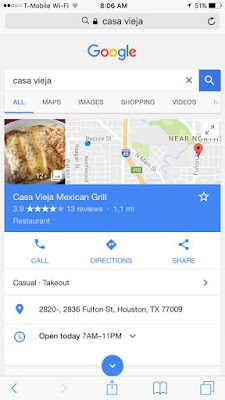 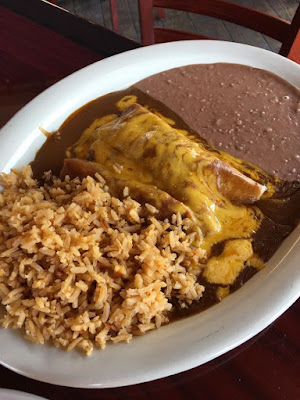 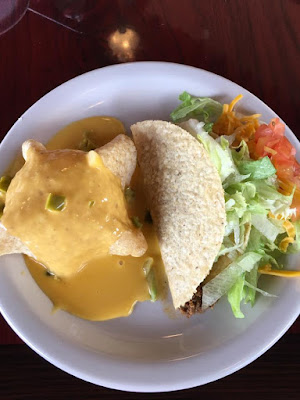 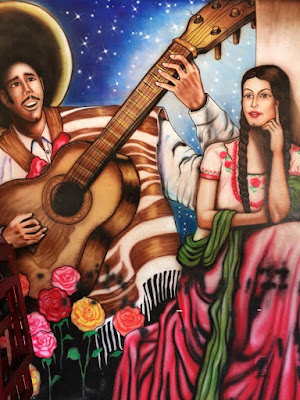